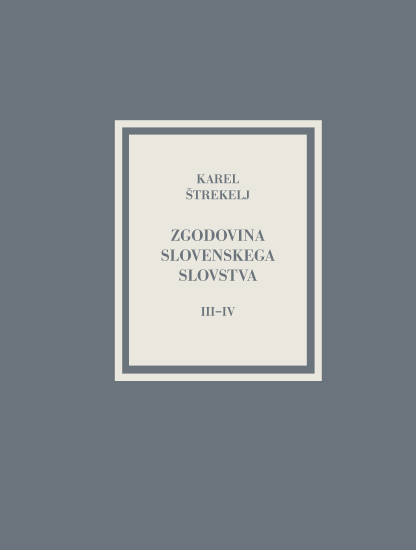 The present book includes volumes three and four of Štrekelj’s manuscript in a historically faithful, critical and annotated copy. Štrekelj opens a surprisingly fresh, original view of the era of Prešeren and Bleiweis, as well as the period up to the end of the 19th century, focusing on a series of major and minor figures, some of whom are almost forgotten today. He presents this period, in which there was no lack of disputes and disagreements, from a higher perspective: he attempts to explain each individual in the light of his or her own endeavours in the historical period, and to demonstrate the essence of his or her contribution to Slovenian literature. In so doing, Karel Štrekelj stands high above not only the internal disputes of individual writers in Slovenian literature, but also the ideological battles that later literary historians admitted to their literary histories through wide open doors.