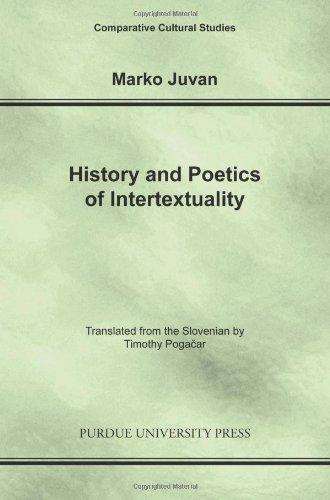 History and Poetics of Intertextuality.


Marko Juvan argues that intertextuality is constitutive of all textuality and that it may be foregrounded as citationality in literary works, genres, or styles such as parody. Juvan grounds the poetics of citationality in the history of the idea of intertextuality and its precursors (imitation, memoria, influence, etc.). The concept of intertextuality emerged in the 1960s from a radical theory of writing. Based in Derrida’s deconstruction, the notion and practice of intertextuality implied a relational and transformative character of identity, meaning, subject, text, and socio-historical reality. Losing its radical and transgressive edge, the notion gained currency in postmodernist aesthetics while in literary studies it has been transformed into a detailed descriptive and historical methodology. However, by bringing citationality into focus, practices of intertextuality suggest that any literature is an autopoetic system, living on cultural memory, and interacting with other social discourses and foreign cultural spaces.

“Marko Juvan has published a truly intertextual book on intertextuality: his book History and Poetics of Intertextuality defines and analyzes Kristeva’s and Bakhtin’s concept in an etymological, literary, and intercultural context, thus laying bare its linguistic, philosophical, and social roots. His carefully argued analysis not only deals with the history of intertextuality, but at the same time reveals the relevance of this key concept of semiotics to poetics and culture theory in the best possible exemplification of comparative cultural studies.” (Peter V. Zima, University of Klagenfurt)


price
for sale in the bookshop Azil