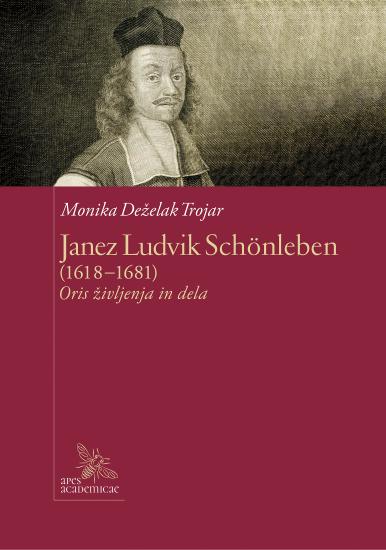 
This volume ('Johann Ludwig Schönleben (1618–1681): A description of his life and work') features the first fundamental research on Johann Ludwig Schönleben (1618–1681), an important Carniolan historian, preacher, theologian, and polymath, who despite his greatness and importance for the Slovenian and wider European environment has not yet been comprehensively studied. It presents his life in detail, explaining many aspects of his life that have been unknown or poorly known up to now. The biographical part is followed by an overview of Schönleben’s entire oeuvre, which includes all of his printed and manuscript writings discovered so far, either preserved or unpreserved. The last two chapters focus on Schönleben’s historiographic and rhetorical or preaching works, placing his most important printed works in these two areas at the forefront, but also taking into account his extensive manuscript material. This volume provides an evaluation of Schönleben as a historian and preacher, and draws attention to the important transitional role he played in these two areas (influencing the works of his successors Johann Weikhard von Valvasor, Johann Gregor Thalnitscher, Tobia Lionelli, and Jernej Basar).