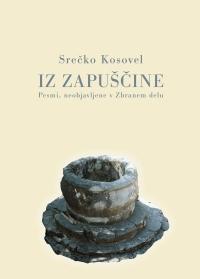 
Srečko Kosovel (1904–1926) died too young to publish a collection of poetry. He left only a wealth of manuscripts, most of which are hardly legible. Therefore Anton Ocvirk needed decades to decipher Kosovel's manuscripts and collect and publish his collected work. But after a thorough review of Kosovel manuscripts it became clear that some poems were missing in Ocvirk's edition. They are now critically presented in this book.